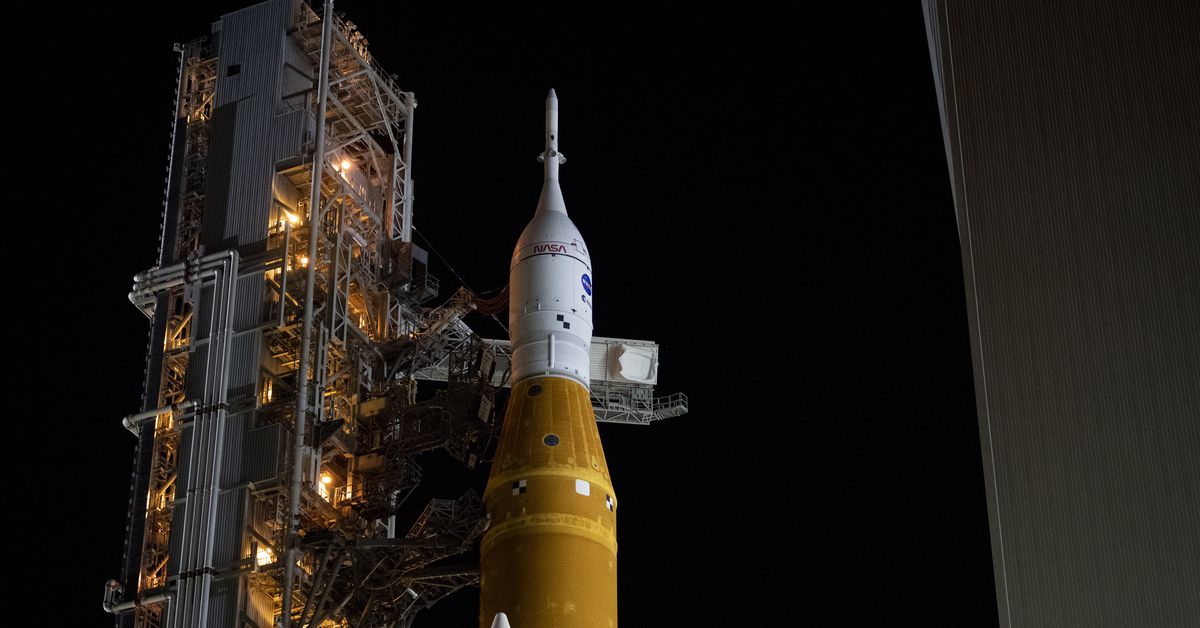 NASA’s massive Space Launch System (SLS) is almost ready to take off. This much-anticipated rocket launch has been more than a decade in the making and marks NASA’s return to crewed missions to the Moon. The mission is called Artemis I, and there will be no astronauts on board during this launch, but it will serve as a test case for the future goal of placing the first woman and first person of color on the Moon.

During its first launch, the SLS will deliver NASA’s Orion capsule into space, where it will begin a journey around the Moon that could take anywhere from 39 to 42 days. Last week, NASA rolled out a 322-foot rocket to Launch Pad 39B at Kennedy Space Center in Florida — a four-mile journey that took about 10 hours.

Now that the rocket has reached its launch pad, here’s how and when you can lift it into space.

When will NASA’s Artemis I launch?

How do I watch Artemis live?

If you can’t make it to launch in person, NASA is livestreaming it from its website, YouTube channel, and NASA app. The launch countdown will begin on Saturday, August 27th at 10:23am ET.

There will be other ways to follow along on the mission. 28, NASA will have a special website called the Artemis Real-Time Orbit Website (AROW) that will let people track the mission as it happens. You can also get some updates and watch the livestream of the launch from an Alexa-enabled device. Amazon will fly a version of Alexa on the mission.

What can I expect during launch?

In addition to the launch, NASA is planning to have a few special guests during the broadcast. It featured a performance of “The Star-Spangled Banner” by Jack Black, Chris Evans and Keke Palmer, as well as Josh Groban and Herbie Hancock.