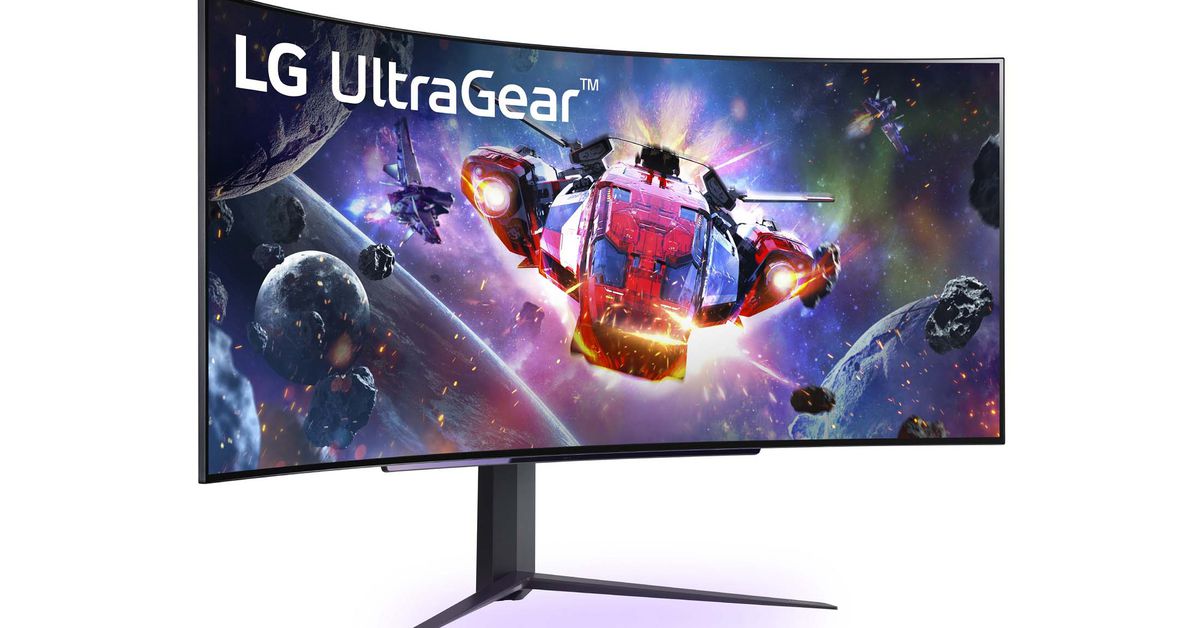 LG has announced a new 45-inch UltraWide OLED gaming monitor with a refresh rate of 240Hz. The company is calling the UltraGear 45GR95QE “the first curved OLED display with a 240Hz refresh rate,” which is notable at a time when most OLED displays (including flat panel ones) are still capped at 120Hz. The company hasn’t announced pricing or a release date for the monitor yet, but plans to show it off at IFA in Berlin next month.

Having a higher refresh rate means a display appears smoother and less judgmental, and games feel more responsive to play—especially when combined with OLED’s near-instant response times. Until recently it was rare to find OLED displays with a refresh rate of more than 120Hz, but that has changed in recent months. YouTube channel HDTVTest reported in May that Samsung’s S95B QD-OLED TV had become the first OLED TV to support a 144Hz refresh rate (albeit unofficially), while Alienware’s AW3423DW monitor, which uses a QD-OLED panel from Samsung Display. Also, goes all the way up to 175Hz.

Now, however, we are seeing the emergence of OLED displays that go up to 240Hz. HDTVTest reported earlier this month that the MSI GE67 HX laptop has the world’s first 240Hz OLED display, and Razer has also announced a 240Hz OLED laptop of its own. Just this week we saw Corsair announce a 240Hz OLED monitor, although the fact that it can be manually folded into a curved monitor took some of the attention away from its high refresh rate.

Away from its refresh rate, the UltraGear 45GR95QE’s other specs include an aspect ratio of 21:9, the 800R’s curvature, and the ability to display 98.5 of the DCI-P3 color gamut. It has 1440p resolution, an HDMI 2.1 port with support for variable refresh rates, and an additional DisplayPort 1.4 connector. There are also picture-by-picture and picture-in-picture modes for simultaneously displaying content from multiple sources.

While OLED panels’ refresh rates are improving, they still lag far behind what LCDs are capable of. LCD panels with 360Hz refresh rates are becoming more common, and earlier this year we saw the first 500Hz Nvidia G-Sync gaming display announced by Asus.