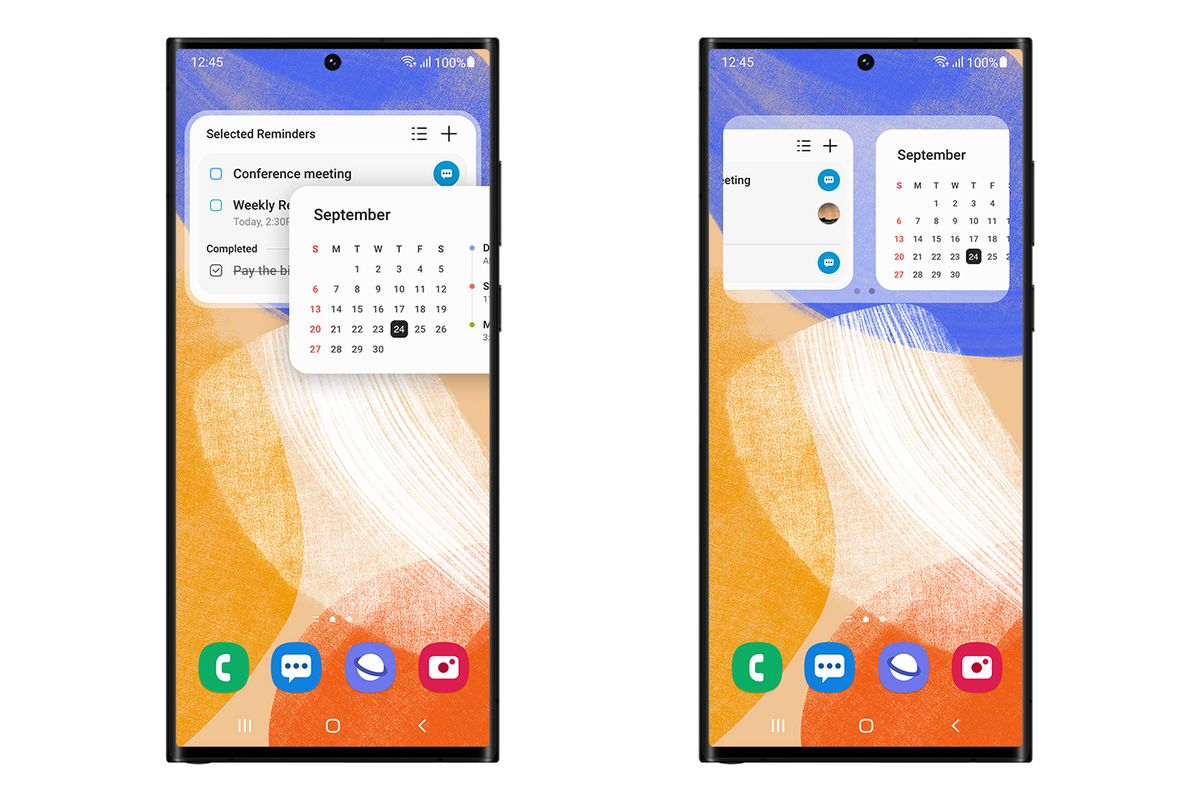 Samsung has officially started rolling out its One UI 5 open beta to Galaxy S22 owners in the US, Germany and South Korea. The update comes weeks ahead of the expected release of Android 13 and a few days before Samsung’s Galaxy Unpacked event. Like the operating system it powers, the One UI 5 beta looks like a relatively minor update that adds a few customization options, changes to notifications, as well as new accessibility and security settings.

One UI 5 builds on Android 13’s theming options by offering 16 preset color themes based on your wallpaper and 12 additional color options for your home screen, icons and quick panel. It also introduces a way to stack similar sized widgets on top of each other which is going to help it look less cluttered.

There are also some new accessibility features, including a magnifier tool that uses the phone’s camera to zoom in on real-life objects and text, as well as options for your phone to read your keyboard input aloud. Huh.

Samsung details a number of other features that One UI 5 has adopted from Android 13, such as new notification settings that require app developers to ask for your permission before sending you notifications. One UI 5 beta lets you set your preferred language on an app-by-app basis, and gives you access to a redesigned security dashboard that scans your phone for potential issues.

When Samsung released its One UI 4 beta last year, it highlighted how it’s getting the first update every year. This time around, Samsung widened the gap between its previous updates even more, pushing the September 2021 launch date of its One UI 4 beta a little more than a month back. As was the case with Samsung’s previous One UI beta, you can access the One UI 5 update by registering through the Samsung Members app.

While One UI 5 beta is currently only available on S22 devices in the US, Germany, and South Korea, Samsung plans to roll it out to more devices and regions in the near future. We can hear more about the One UI 5 offering at Samsung’s Unpacked event on August 10, where Samsung is rumored to launch a slew of new devices including the Galaxy Z Flip 4, Z Fold 4, Galaxy Watch 5 and Galaxy Buds Pro. Has flown. 2.