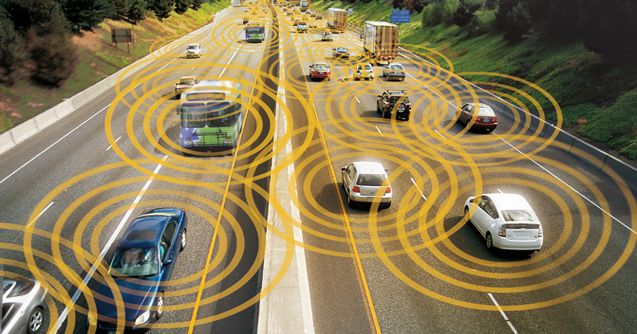 Today, the DC Circuit Court issued its decision with the Federal Communications Commission on the reallocation of part of the 5.9GHz band. It’s a big win for the FCC and a big loss for the auto industry, which has sought to improve safety through a technology called “vehicle-to-vehicle” (V2V) or “vehicle-to-everything” (V2X) airwaves. promised to use. ) Communications.

The problem, as Judge Justin Walker hilariously put it in his opinion, is that this technology never actually existed. It was one of those “just around the corner”-type innovations that have always been promised but never really delivered. It was a fantasy, and today, the court has basically said as much.

The problem, as Judge Justin Walker hilariously put it in his opinion, is that this technology never actually existed.

But first, a little history lesson: In 1999, the FCC agreed to set aside 75 MHz of spectrum in the 5.9 GHz band for dedicated short-range communications (DSRC) services, which can be used to improve road safety through V2X technologies. will be done for ,

Broadly speaking, V2X allows vehicles to send and receive messages about road conditions, such as speeding cars, the weather, or traffic congestion. It can also help prevent accidents by using that information to make decisions, such as applying emergency braking.

Some experts say the widespread deployment of the technology could help accelerate the adoption of autonomous vehicles, which can use V2V communications to enhance their ability to “see” their environment and make better driving decisions.

But the auto industry was slow to develop V2X technology, and the rollout has happened in pieces. Mercedes installed V2V equipment in both the 2017 E-Class and 2018 S-Class. General Motors also introduced the V2V in the 2017 Cadillac CTS. Other automakers began to take a closer look at a new technology called cellular V2X (C-V2X), using existing cell networks to send communications.

The auto industry was slow to develop V2X technology, and the rollout has been piecemeal.

In 2017, the Trump administration announced that it was killing an Obama-era mandate that would require new cars equipped with V2V technology. And last year, tensions mounted when the FCC introduced a new plan to use some of the spectrum set aside for V2X to expand Wi-Fi. Calling V2X “a promise unfulfilled”, FCC Chairman Ajit Pai proposed making the lower 45MHz of the band available for unlicensed use such as Wi-Fi and allocating the upper 20MHz for C-V2X.

Automakers lobbied against the decision, arguing that allowing Wi-Fi to use parts of the spectrum would interfere with connected car technology. Their argument basically boiled down to this: We want to deploy V2V technology — the Alliance for Automotive Innovation has promised 5 million pieces of V2V technology over the next five years — but we can’t until that. The FCC promises not to use some of the spectrum. Wi-Fi.

Flash forward to 2022, and no vehicle on the road today is using V2V technology in any meaningful way. “For the next twenty years, intelligent transportation systems did not develop as the FCC had hoped they would,” Walker writes in his decision. “As of 2020, ‘commercially marketed vehicles’ will not use the 5.9 GHz band to provide vehicle safety features.”

The petitioners in this case are the Intelligent Transportation Society of America and the American Association of State Highway and Transportation Officers, and they are arguing in favor of keeping 5.9GHz exclusively for transportation purposes. He claims the FCC has violated the Transportation Equity for the 21st Century Act, which he argues gives the Department of Transportation veto power over the FCC’s spectrum allocation authority. But Judge Walker rejected this argument.

Walker favors the FCC’s clarification of the remaining 30 MHz spectrum as being sufficient for intelligent transportation systems, while also noting that new technologies like “radar, LIDAR, cameras and sensors” will help make up the difference.

And the judge rejected the petitioners’ claim that automakers and tech companies needed more than 30 MHz of spectrum for these “yet to come technologies”, noting that “the petitioners have told us we have yet to come in the region.” No significant development-to-arrival technologies.”

I can’t begin to tell you how many times we’ve been told that V2V technology is coming. Every CES over the past decade has showcased some of the promised innovations: cars that can see through walls!; Cars that can talk to traffic signals!

But as the FCC argued and Walker confirmed, these promised innovations never materialized. Fortunately, there’s still time left to get something on the road—and a small slice of the spectrum by which to do it.