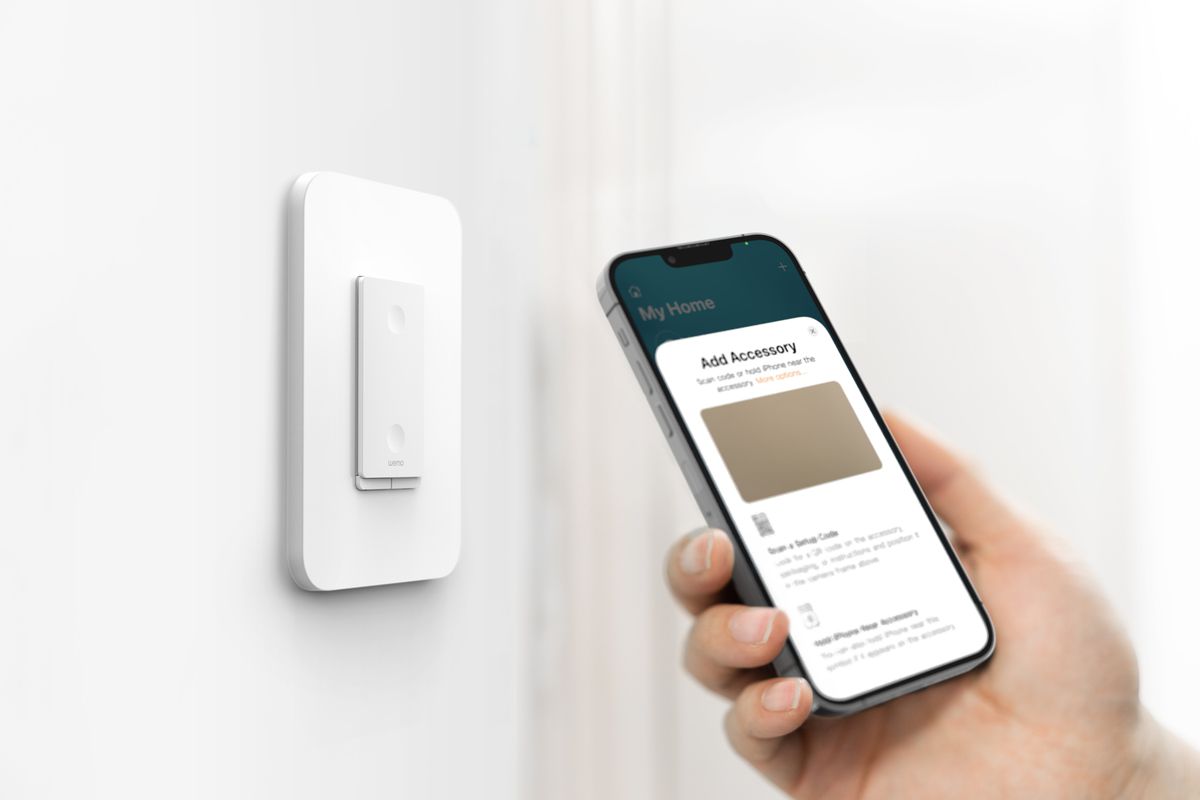 Belkin’s smart home arm, Waymo, this week announced an updated version of its in-wall dimmer switch. The new Wemo Smart Dimmer with Thread ($59.99) is a wired smart switch that lets you turn the lights on and off remotely. It works exclusively with Apple’s HomeKit platform over Thread or Bluetooth and is available now from Belkin’s web store (and coming soon to Amazon).

This focus on HomeKit follows a recent trend from the company, whose previous few products — the Wemo Stage Scene Controller, Smart Plug and Video Doorbell — only work with Apple’s smart home platform. That means the new Switch will use the Apple Home app exclusively (and not the Wemo app), and will work with Siri for voice control.

“When Miter launches later this year, we will be bringing to market new switches/dimmers that support Miter over thread.”

Despite using Thread, the main wireless protocol for Matter, and despite publicly announcing that it will launch new Matter-ready devices this summer, Waymo says Smart Dimmer will support the upcoming smart home standard. Will not upgrade.

While it seems redundant to release two nearly identical versions of the same product in the same year, Pineda said the rationale is that the dimmer launching today supports HomeKit over Thread, “without making consumers more responsive, reliable and Provides a secure smart home experience. The hassle of third-party apps,” she said. Matter delays (it was originally scheduled to launch this summer), may have contributed to this divided ecosystem as well.

The new Smart Dimmer doesn’t replace the current Wemo Smart Dimmer Switch, which is still available and works over Wi-Fi. It’s compatible with Amazon Alexa, Google Home, and Apple HomeKit, and costs around $40.

The biggest change with the new version, apart from being specific to Apple’s platform, is the use of Thread instead of Wi-Fi for connectivity. Thread is a wireless protocol specifically designed for smart home devices; It’s designed to be faster and more reliable as well as use less power than Wi-Fi.

Since the Smart Dimmer uses HomeKit on a thread, you need an Apple HomePod Mini or Apple TV 4K (2nd generation) for the Switch to act as a thread border router. An upcoming update to the thread will open border routers from different manufacturers to work together, but the Wemo Switch may only work with Apple’s border routers.

If you don’t have a Mini or the newer Apple TV, you can still use Smart Dimmer over Bluetooth. For this, all you’ll need is an iPhone for local control and an Apple Home Hub (an iPad or Apple TV or any model of HomePod) if you want to control the Switch and set up automation when you’re away from home. Huh. Home App.

A wired switch, the Smart Dimmer works with or without a neutral wire, making it compatible with both new and older homes. There are only a few smart switches that work without a neutral wire: Lutron Cassetta, Leviton, Aqara, and GE Lighting’s Sync offer some of the more well-known options.

Wemo’s smart dimmer is not compatible with three-way switches (lights controlled by the switch from two locations). It can only replace single-pole switches (Wemo sells Wi-Fi three-way smart switches). It can be paired with a Wemo Stage Scene Controller to recreate a virtual three-way setup. Waymo says the Switch has flicker-free technology, so works with both standard and dimmed bulbs without causing a flicker effect at low light levels.

While it’s nice to see more Thread products in the smart home, launching new Thread devices that won’t be upgraded to Matter today and then promising the same device will come with Matter support later this year is going to be confusing. Confusion in a smart home is one of the main things that Matter must fix.

The key point here is that Wemo’s new smart dimmer is designed for people who are on Apple’s HomeKit and have no plans to try another smart home platform. If you’re planning on adopting Matter in your smart home—which brings with it the promise of controlling your home with multiple platforms—wait for the next version.