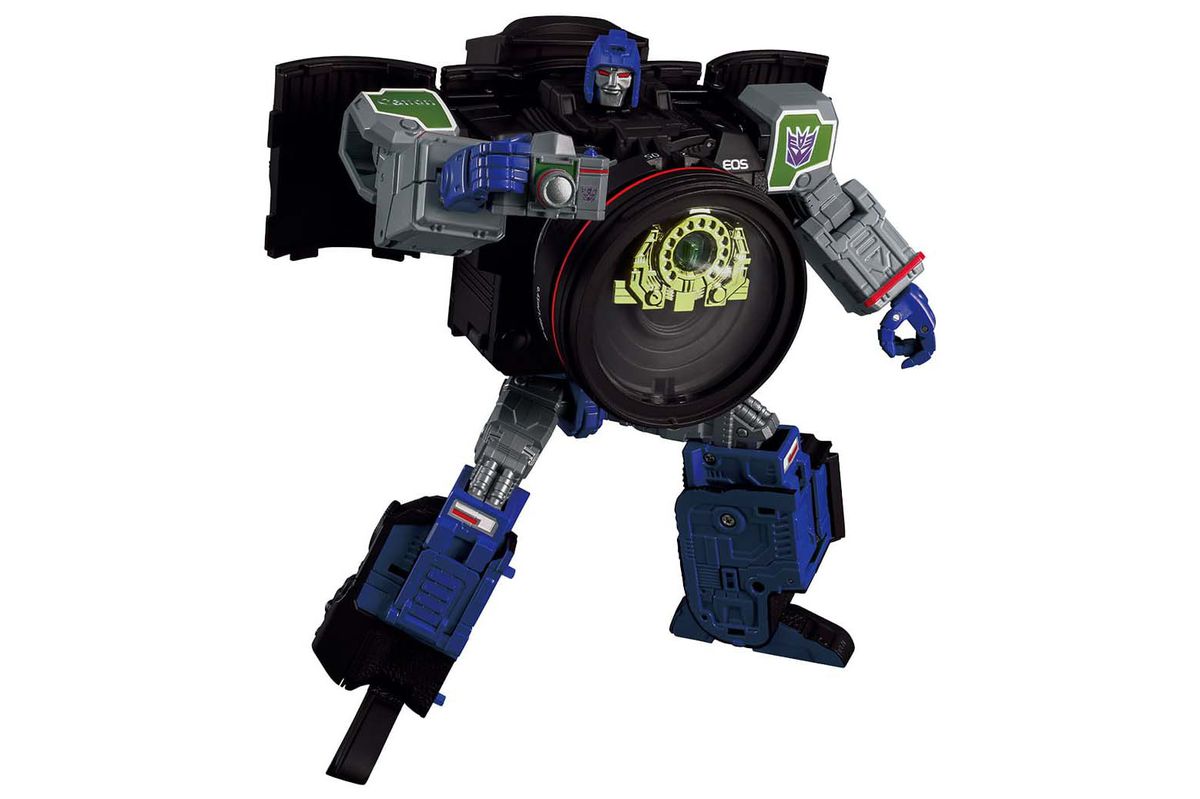 Don’t you hate it when you pick up your trusty Canon EOS R5, only to find out it’s actually a sneaky Transformer? Well bad news, because this nightmare is seen by the future teeformers Really becoming a reality next year, thanks to a collaboration between Takara Tomi (the Japanese company behind Transformers toys) and Canon (the Japanese company behind… you get the idea).

The collaboration has resulted in a pair of Transformer figurines capable of being transformed into surprisingly realistic looking Canon mirrorless cameras. I say “surprisingly realistic” because at first glance I somehow mistook these for working cameras. But in case it wasn’t clear from their 19,800 (about $147) price, they are non-functional replicas that are only 80-percent the size of the real thing. (The idea that it might be a working camera isn’t so wild that Takara Tomy has produced a working MP3-player Transformer toy before).

Probably my favorite detail is the lens cap, which in both cases turns into a shield to drive the transformer. But a close second are miniature cameras that appear to be holding both statues in some promotional images, which is a delightfully silly addition. One statue is based on Optimus Prime, while the other is a Decepticon refractor.

Both Transformers are scheduled to release in Japan on February 25 next year, and TFW2005 Reports that pre-orders are open from now until September 28. It is unclear whether they will see a global release.