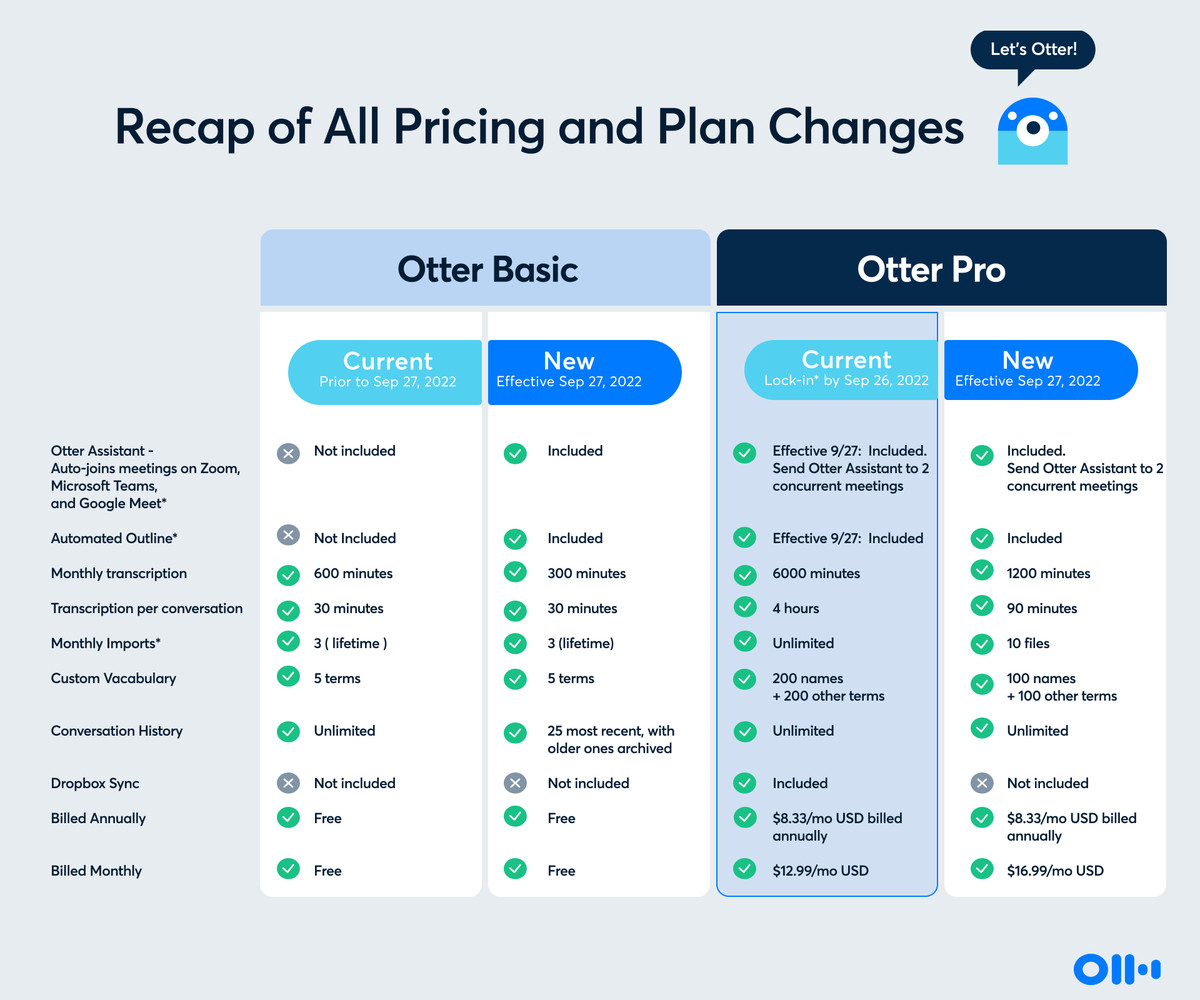 Automated transcription service Otter is making some major changes to its offerings for both free and paying customers. Mostly, the company is downgrading its features – reducing the number of audio imports users have to do; The length of audio they can transcribe each month, and so on – although it is giving free users access to some new tools.

However, one of the biggest changes is that free users will no longer be able to access their full back catalog of recordings. Instead, they will only have access to the most recent 25. The rest will be “stored”—that is, they’ll still exist on Otter’s servers, but users will have to delete other conversations to access them, or pay to upgrade to Otter’s “pro” plan.

This and other changes to the service will begin September 27th, so any free users with more than 25 recordings may want to download their back catalog before that. After September 27, free users will still be able to access these recordings (by downloading and deleting audio files one at a time) but it will be more troublesome.

You can see the full range of changes in the image above, and there’s also a useful FAQ on what makes Otters different. The general result, though, seems to be that the company has been too generous to users, and now needs to attract more people to its payment plan (which: fair enough! They have to make money somehow).

It’s not all bad news, though: Otter is giving free users a few new tricks too, including access to an auto-join feature for meetings and AI-generated summaries of recordings. These features were first added earlier this year for paid users, as part of Otter’s plan not only as a transcription tool, but as a multi-purpose workstation.